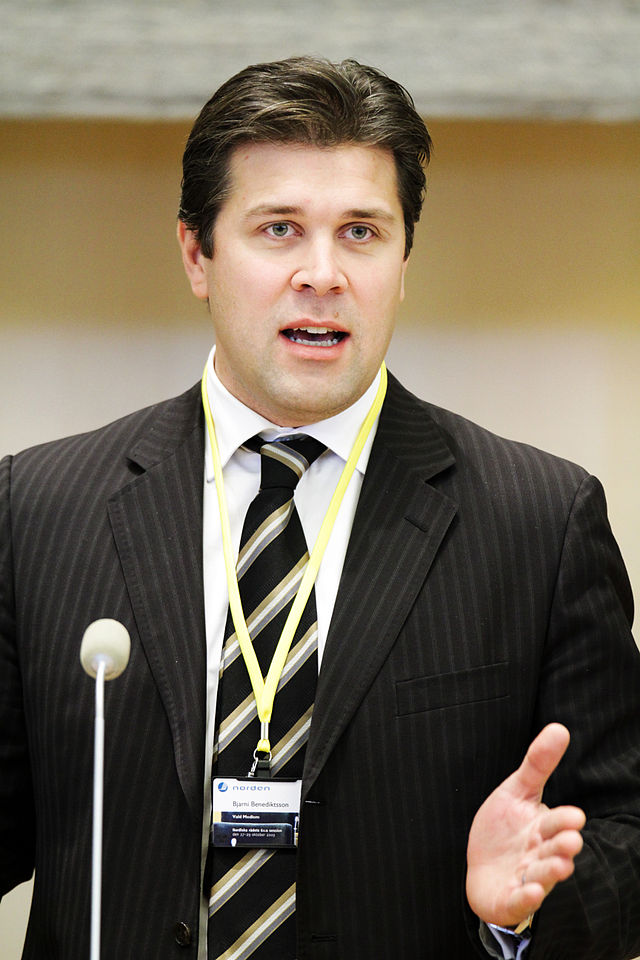 Early parliamentary elections have now been proposed in autumn, but the exact date is unclear, it will become clear in due course depending on the progress of parliamentary work, minister of finance and economic affairs Bjarni Benidiktsson, leader of the independent party said in a press conference held yesterday on the stairs in the parliamentary building by him and progressive party deputy leader and soon-to-be prime minister Sigurður Ingi Jóhannsson.

Lilja Alfreðsdóttir was announced as a new minister but Jóhannsson did´t disclose in which ministry “we have to leave some surprises for tomorrow” he said. A meeting at Bessastaðir has been announced today, April 7th, at noon where Sigmundur Davíð Gunnlaugsson is expected to formally resign as prime minister. There are no changes in the ministries held by the independent party. According to the press conference Gunnlaugsson, leader of the progressive party suggested to make Alfreðsdóttir a minister of the government.

Bjarni Benediktsson emphasized what he has said before that now measures have been taken to react to the unrest in the country following the release of the panama papers – The prime minister had resigned. “But we fully intend to take further measures, apply democracy and hold early parliamentary elections this fall. The exact date will have to be determined by our progress in parliament”. Benediktsson and Johannesson both maintained that the most important issue at hand was that the current government is allowed to continue its work on the currency restrictions, housing and healthcare.

Benediktsson was unimpressed by yesterday’s polls, where the ruling parties following has plunged, he said that all parties have bad ratings now, except one, “the one that crawled into parliament in the last election”, referring to the Pirate party which has record following in Iceland. He also seemed confident that the motion of no confidence against the government would fail with 38 votes.

A protest has been announced at Bessastaðir at 12 noon today and protest will continue on Austurvöllur outside the parliament building at 5pm as it has for the last three days.