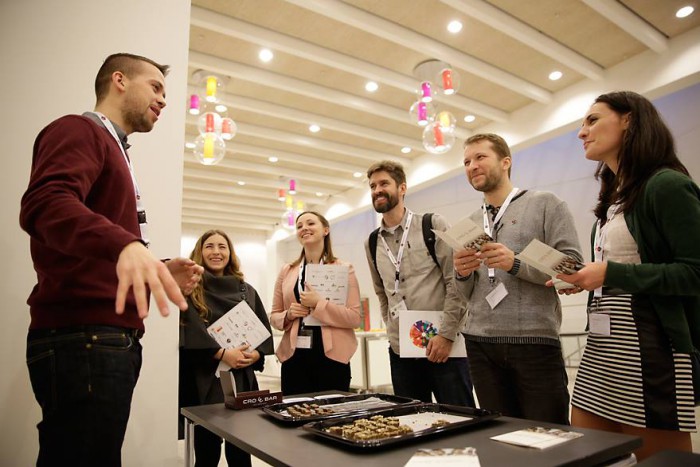 The owners of Crowbar Protein producers of the insect infused protein bars, Jungle Bar, have signed a contract with a distributor in the USA. Stefán Atli Thoroddsen one of two owners of Crowbar Protein maintains that consumption of insects will increase in the near future, he informs that the new distributer specializes in health food and health food stores, a perfect fit to the young firm‘s agenda and image. Jungle Bar will be distributed in the states of Oregon, Washington and Illinois. The Crickets found in the bars are reared by a Cricket farmer in Canada, licensed for insect farming for human consumption.

The second batch in the production has already been produced, twenty thousand scrumptious bars of the Jungle Bar. The first batch, also containing 20.000 bars, was launched by Kick Starter as previously reported by Icenews. Stefán Atli founded Crowbar Protein along with Búi Aðalsteinsson following the crowd funding in Reykjavik late 2014.

The jungle bar has received quite the reaction, having been covered in Newsweek, Wired and the BBC and with the attention comes an increase of sales form the companies’ website, mostly in the United States but also from around the world.

The Jungle Bar hit the stores in Iceland on January 10th but was promptly removed after a successful few days. The reason; a newly incorporated regulation from the European Union. The owners were soon contacted by The Icelandic Food and Veterinary Authority (MAST) and asked to produce additional documents and that the snack had to be taken of the shelves and out of the stores for the time being.
MAST is currently reviewing the case of the Jungle Bar, looking to European countries that adhere to the same regulations but have been able to stretch them so that marketing of insect based food products is allowed, such as in the UK, Holland and Belgium.