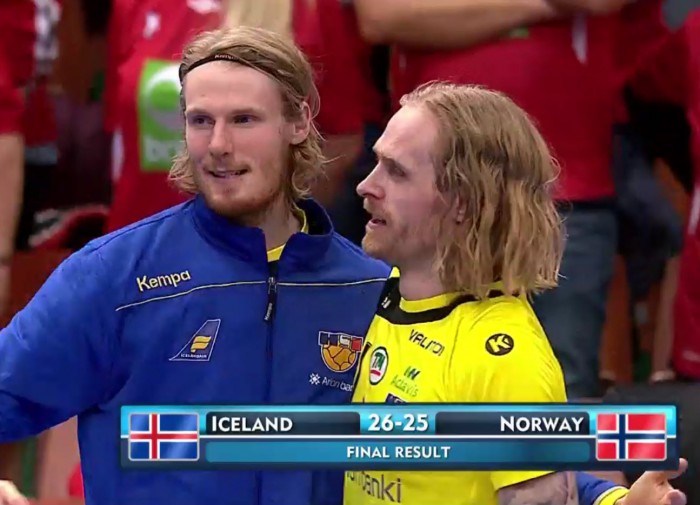 The Euro 2016 Handball championship starts well for Iceland, which beat their Norwegian cousins in a very close match in Katowice, in southern Poland. This puts Iceland at the top of qualifying Group B, level with Croatia.

Iceland’s Gudjon Valur’s shot from the corner when only 7 seconds remained of the match secured the victory and goalkeeper Bjorgvin Pall kept the goal clean against Norway’s final offense.

The Norwegian team were in the lead by one goal in half-time but Iceland overtook them early in the second half and managed to hold their advantage till the end.