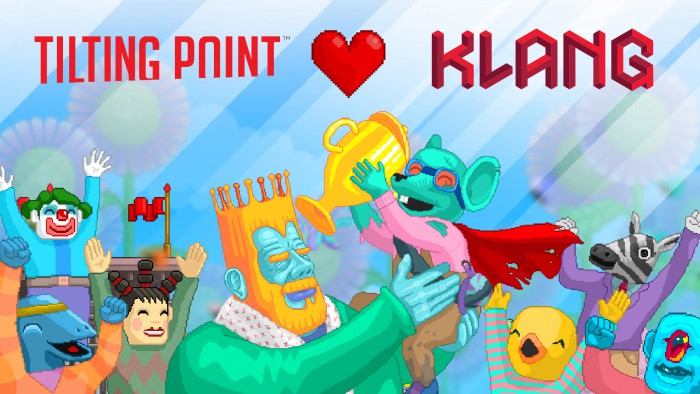 “Tilting Point sees the vision and potential in ReRunners and impressed us with their comprehensive in-house team and clear focus on their external developer partners,” commented Ívar Emilsson, game designer and co-founder of Klang Games.  “They also posted some outstanding race times during their testing of ReRunners so we decided to do the deal with them!”

Now based in Berlin, Klang Games was founded in 2013 by Ívar Emilsson, Mundi Vondi, and Oddur Magnússon. Icelandic game developers Ívar Emilsson and Oddur Magnússon have collectively built up 20 years’ experience in developing online multiplayer games, working at game studio CCP Games – known for the popular MMO, EVE Online, and the FPS, Dust 514 – and artist Mundi Vondi has an extensive background in art and design.

Dan Sherman, president and co-founder of Tilting Point, commented on the new partnership agreement, “This deal marks a new era of collaboration between independent developers and the growing ecosystem of organizations that are designed to support them. Many consider the backing of a top tier game VC like LVP and the unique publishing services model of a partner like Tilting Point to be mutually exclusive. In fact, we bring very different and complementary strengths to the table, which when combined give Klang and ReRunners the best shot at success.”

“I first heard of Klang through the Icelandic gaming community. I was made aware that a talented group of guys were building something fun and fast-paced in Berlin, expanding on their massively multiplayer experience gained from EVE Online. I had an initial Skype call and looked at the game – there was something special, something brilliant about the way multiplayer showed up in the creative work. We continued to get to know them over the months that followed and just had to invest; we couldn’t get the game out of our heads. I’m excited to see that Tilting Point feels the same and will partner to bring this team to content hungry gamers everywhere!”

Currently in its Beta stage, ReRunners is an online, asynchronous multiplayer game for mobile and tablet that features an open world and fast-paced racing gameplay. The game is set to raise the bar of the 2D platformer genre, by combining adventure, racing, action, and RPG elements in a socially engaging environment. ReRunners is set to launch in early 2016.