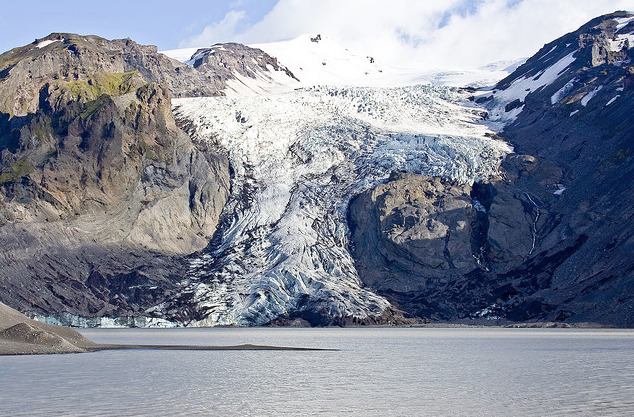 French president Francois Hollande visited Iceland this past Friday to see the damage that global warming is having on the country’s glaciers.

Visiting the Sólheimajökull glacier, Hollande experienced firsthand how it is shrinking – more than one kilometre since measurement records started in 1931. Icelandic glaciers store a total of 3,600 cubic kilometers of ice, and are presently retreating and thinning rapidly.

Future climate change is likely to have pronounced effects on the glaciers, glacial rivers and hydro-resources of Iceland.

Ahead of major UN talks on climate change in Paris later in the year, Hollande said that he is confident about the chances of reaching an agreement aiming to keep global warming below the critical 2 degrees Celsius increase. He hopes to get an agreement with the highest possible commitments.

There is intense competition between Russia and the United States as global warming has opened up new oil and gas drilling sites, fishing grounds and shipping routes, adding to the issue.