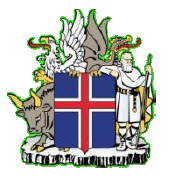 The government of Iceland has decided to recommend to Parliament that 2 billion ISK (14 million EUR) will be provided for support to refugees and asylum seekers in the course of next 15 months in order to respond to the alarming refugee crisis due to the conflict in Syria. One billion ISK (7 million EUR) will be provided already this year and the same amount next year. With this commitment Iceland will be among the countries providing the largest funds to assist refugees stemming from the crisis in Syria.

The government recommends that the funds be used for three types of projects:

2. To process the arrivals of refugees and asylum seekers to Iceland, where the emphasis will be on providing temporary sustanace and assisting people in settling in, adjusting to society and starting a new life. This aims at dealing with both refugees arriving via the UNHCR as well as those arriving via other channels. Work on receiving refugees has already been started in close cooperation with the UNHCR and the first group is expected to arrive from refugee camps in Lebanon in December this year.

3. To strengthen measures that can radically change and expedite the processing of asylum applications and respond to the huge increase in their numbers, thereby reducing uncertainty and inconvenience.

The newly appointed Ministerial Committee on refugees and immigrants will provide detailed suggestions for the allotment of funds, and these shall be ready prior to Parliament’s second reading on the financial budget for 2016. The budgetary procedures next year for the year 2017 will take into account the funding needs of the projects. The supplementary budget of this year will provide for one billion ISK to handle the first group of refugees from Syria. It will also provide financial support to international organisations and NGOs operating in the area and to respond to the unusual increase in the number of asylum seekers this year.

The Ministerial Committee on refugees and immigrants has been in close communication with the UNHCR and reiterated the willingness of Icelanders to assist. The Committee has also communicated with Icelandic municipalities and local governments with regard to their ability to receive groups of asylum seekers and refugees. The government welcomes the immense interest from local governments and individuals in providing various kinds of assistance to asylum seekers.

According to UNHCR data Iceland’s contribution will put it in second place of the worlds’ countries (per capita) that specifically support the operations of the UNHCR in the areas around Syria.