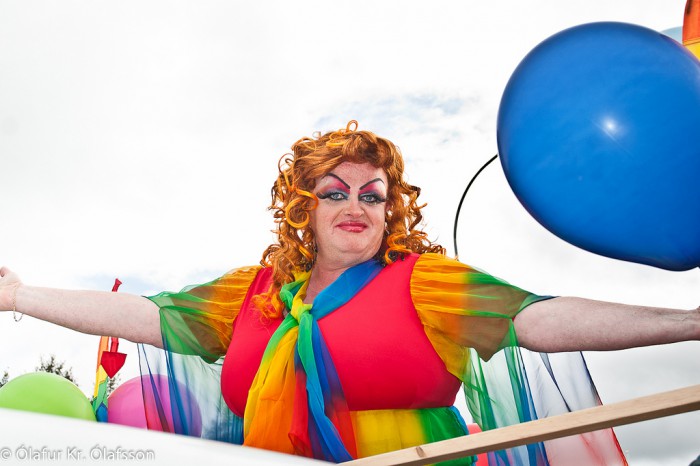 Gay Pride organisers in Reykjavik have unveiled a huge rainbow on one of the capital Reykjavik’s main streets.

The road of the street has been painted the colour of a rainbow in time for the start of city’s Gay Pride festival this weekend. Reykjavik mayor Dagur Eggertsson was among dozens of people who helped paint the road as he used a roller to complete the yellow section. Pride director Eva Maria Thorarinsdottir Lange described it as “lovely”, noting that many children helped out, some of whom brought their own paintbrushes.

The week-long Reykjavik Pride is among the country’s biggest annual events, attracting in excess of 100,000 visitors, which equates to just under a third of its population.

Egertsson said the rainbow was more beautiful and powerful than he ever could have imagined. He noted that it made Reykjavik “livelier, more human and simply a better place by great collaboration and beautiful thinking”.  It is set to remain on the street until the end of the summer.