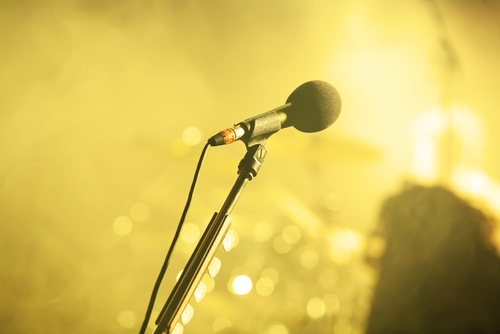 Indie rock band Mammut have been one of Iceland’s most popular band for some time now, but now they are looking to make greater waves internationally after releasing their first single in English, Blood Burst.

They first grabbed the attention of music lovers in their native Iceland back in 2008, when the success of their album Karkari resulted in them being nominated for the Best Band award at the Icelandic Music Awards.

However, it wasn’t until 2013 that they truly shot to stardom, when their third album, Komdu til min svarta systir (Come to me, my dark sister), saw them receive the Album of the Year, Album Cover of the Year and Song of the Year gongs at the country’s most prestigious awards ceremony.

And now after truly cementing their place as one of Iceland’s best bands, the four-piece outfit are looking to make their name on an international scale with the release of their fourth album, River’s End, which will hit the shelves on 1 June and features their first work recorded in English.

The band had previously stated that they were not too keen to produce work in English, but with a growing international fan base, ultimately admitted that they had to reconsider.

Vocalist Kata Morgenson explained that for a long time she refused to translate the lyrics because she viewed it as cheating. She also admitted that many people had advised them to translate and, as she was a young girl new to the music scene, she didn’t like men telling them what to do in order to become big.

However, she went on to say that as they now perform in front of more and more non-Icelandic fans, they want their audience to feel and understand their music better to forge a stronger connection with them. She also acknowledged that it suddenly felt “pathetically patriotic” to stick to Icelandic.

Morgenson confessed that some lyrics had no logic when translated, so it had been hard to work out how best to put the songs into English. But now she said she was happy that the band has managed to do the best they could with the vocabulary to ensure the tracks come across the way they want them to.