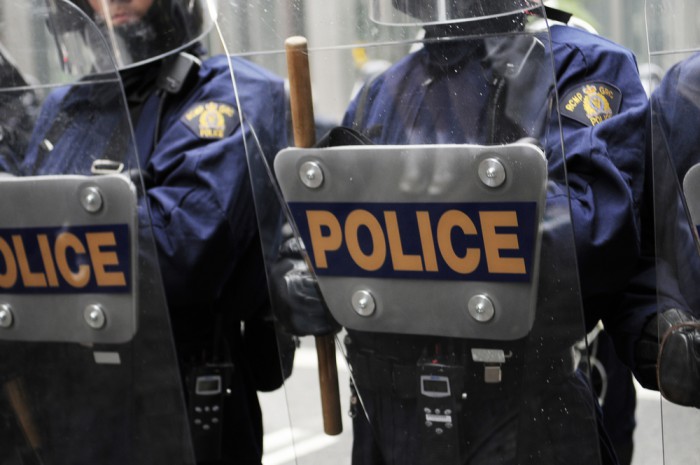 Four holidaying Swedish policemen made the headlines in New York when they helped stop a fight on the subway.

The officers, all in their twenties, were travelling to see a Broadway show when they heard the train announcer ask via the intercom if there were any police on board that could assist with an altercation.

Samuel Kvarzell, 25, explained that they thought someone needed help so they headed to the front of the train, where they saw what reports from the city state was one homeless man attacking another. The Swedish cops were able to break up the fight and restrain the attacker until NYPD police arrived on the scene.

Stockholm police confirmed Kvarzell worked for them but gave no further details on his actions. The other officers – Marcus Asberg, Eric Jansberger and Erik Naslun – are all believed to work for forces in southern Sweden.

The story of the four police officers’ actions went viral in Sweden while a number of US sites, including Reddit, featured the incident.

Asberg, 25, explained that one of the men was on top of the other so they pulled them apart. He said that they had only been in the Big Apple for one day, noting that they were tourists, not heroes, before joking that they desperately needed a beer after.