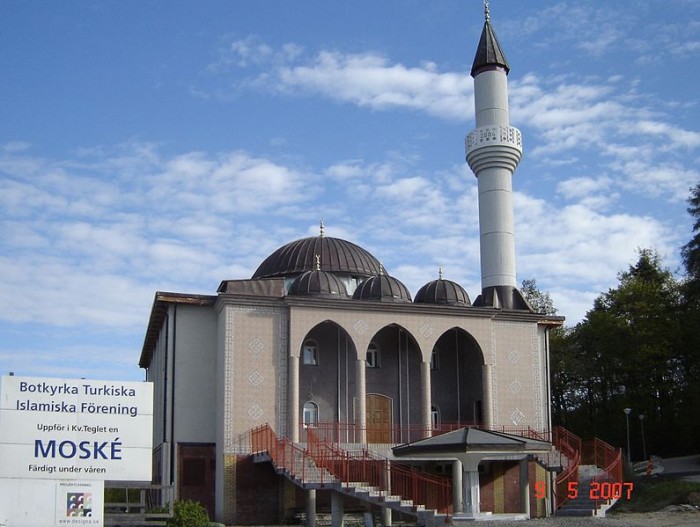 A building used by Muslims in the southern town of Boras has had anti-Islam graffiti sprayed on it and a pig’s head left outside its entrance.

The building, which is used by the Svenljunga’s Muslim Association as a mosque, was vandalised in the wake of the Charlie Hebdo attack in France last week, with the words “Viva La France” spray-painted on an outside wall. In a further insult to the religion, a pig’s head was left outside the entrance, mocking the fact the Koran bans eating pork.

Sweden has suffered a spate of anti-Islam crimes in recent months, with three attacks on mosques across the country in December alone, amid widespread concerns that Islamophobia is on the up in the Scandinavian country.

Police in Boras are investigating the most recent attack, which resembles a similar one in nearby Limmared last October, when a pig’s head was also left outside a mosque. It is believed to be the first incident of its kind in Boras, however.

Uppsala University professor of Islamic theology and philosophy Mahammed Fazlhashemi spoke of his concerns about retaliation attacks after the Paris shootings, noting that many Muslims in Sweden now had major fears for their safety. He said that Islamophobia was mounting in the country, adding that the situation was highlighted by the growing popularity of the nationalist Sweden Democrat party.