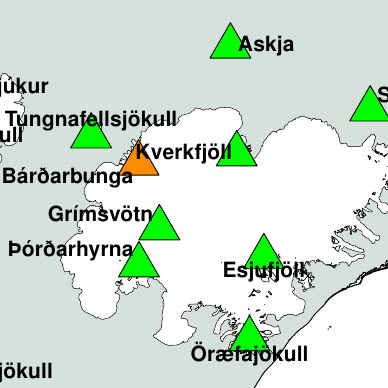 The Aviation Colour Code for Bardarbunga remains at ‘orange’.

The GPS station in the centre of Bardarbunga show that the subsidence of the caldera continues with similar rate as before. So far five earthquakes greater than M3.0 were recorded over the last 48 hours in or around the caldera. The largest one was M5.4 at 11:16 on Wednesday.GPS measurements show minor movements. No great changes were detected and no change was detected in water monitoring that cannot be explained by changing weather.

Air quality:
Today (Friday) and tomorrow (Saturday) east and northeast winds, gas pollution is expected in west and the southwest of the eruption site. A map showing the gas forecast can be found on the web page of the Icelandic Met Office www.vedur.is/vedur/spar/textaspar/oskufok/ An interactive map showing the gas distribution can be seen at www.vedur.is/vedur/spar/gasdreifing 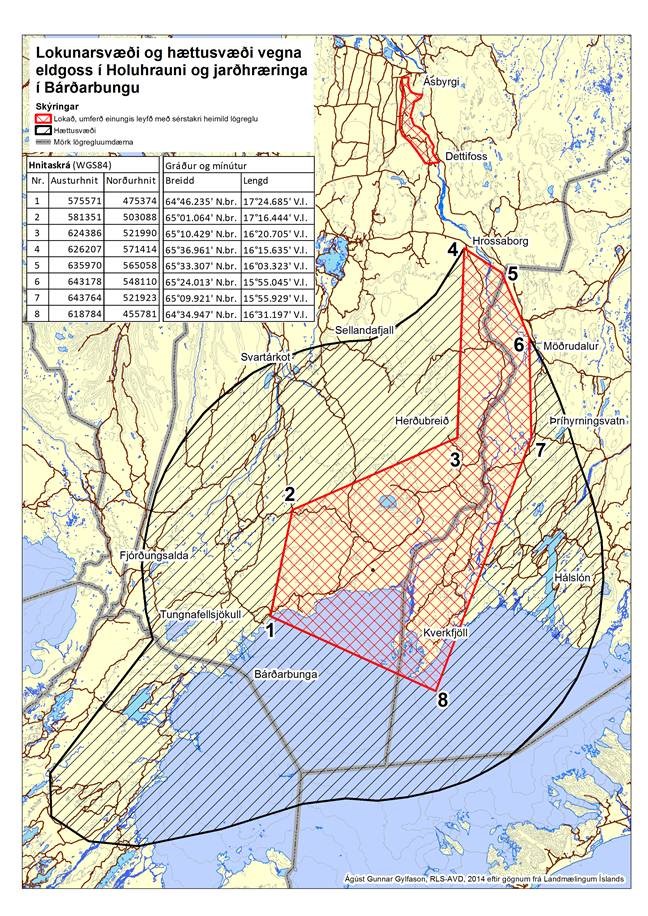 Newer PostDenmark closing in on warmest ever year
Older PostWho is OSP taking to District Court on grounds of breach of trust?