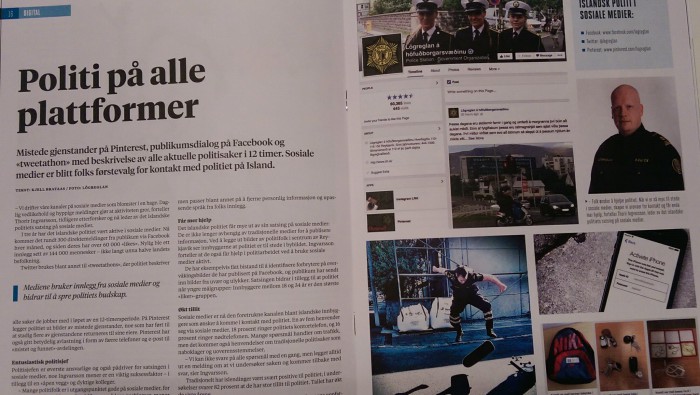 The Reykjavik Police Force’s Instagram account has become an online sensation, with officers posting selfies, skateboarding snaps and even pics of them enjoying candy floss.

The police in Iceland are not always overrun given that the country boasts one of the world’s lowest crime rates, so officers have decided to have a bit of fun and entertain the citizens of the North Atlantic country by posting humorous photos on their Instagram account.

Among the many pictures on the account are police teaching children how to eat ice cream, find lost dogs, take part in Reykjavik’s Gay Pride parade and behave properly in traffic.

The crime rate in Iceland is incredibly low when compared with other countries around the world; in fact, the first ever time police shot someone dead in the country was in 2013. In that incident, a man fired at unarmed officers, with one getting a bullet to the helmet, before armed officers were forced to shoot back. However, the officers still issued an apology to victim’s family after killing him.

Meanwhile, there were 724 murders in the UK in 2009 and a massive 43,909 homicides in Brazil the same year, compared with just one in Iceland. The same year Iceland recorded 443 incidences of violence against a person and 98 sexual offences.