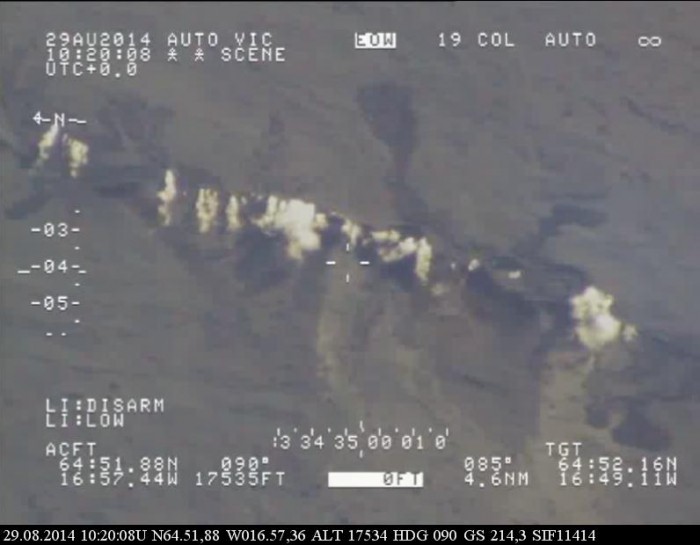 The volcanic eruption in Holuhraun continues with similar rate as last few days. The eruption does not seem to be declining. The lava production continues with the same strength. The lava flow is now around the centre of the lava
field, which is now around 37 square kilometres. According to new measurements the total volume of the lava is 0,4-0,6 cubic kilometres and the magma flow 250-350 cubic meters pr. second.

Bardarbunga: The subsidence of the caldera continues with same rate as before.

Hydrology: No change was detected in water monitoring that cannot be explained with changing weather.