Scientists from the Icelandic Earth Science Institute, the Icelandic Meteorological Office and representatives from the Department of Civil Protection and Emergency Management were on a flight surveilling the surface of Vatnajökull tonight and discovered a row of 10-15 m deep cauldrons, 1 km wide, south of the Bárðarbunga caldera. They form a 6-4 km long line.

The cauldrons have been formed as a result of melting, possibly an eruption, uncertain when. Heightened tremor level/volcanic tremor has not been observed on Meteorological Office´s seismometers at the moment. The area is on the watershed line and draining basins of north Vatnajökull and south Vatnajökull. The new data are still being examined. The Crisis Coordination Centre in Skógarhlíð has been activated. 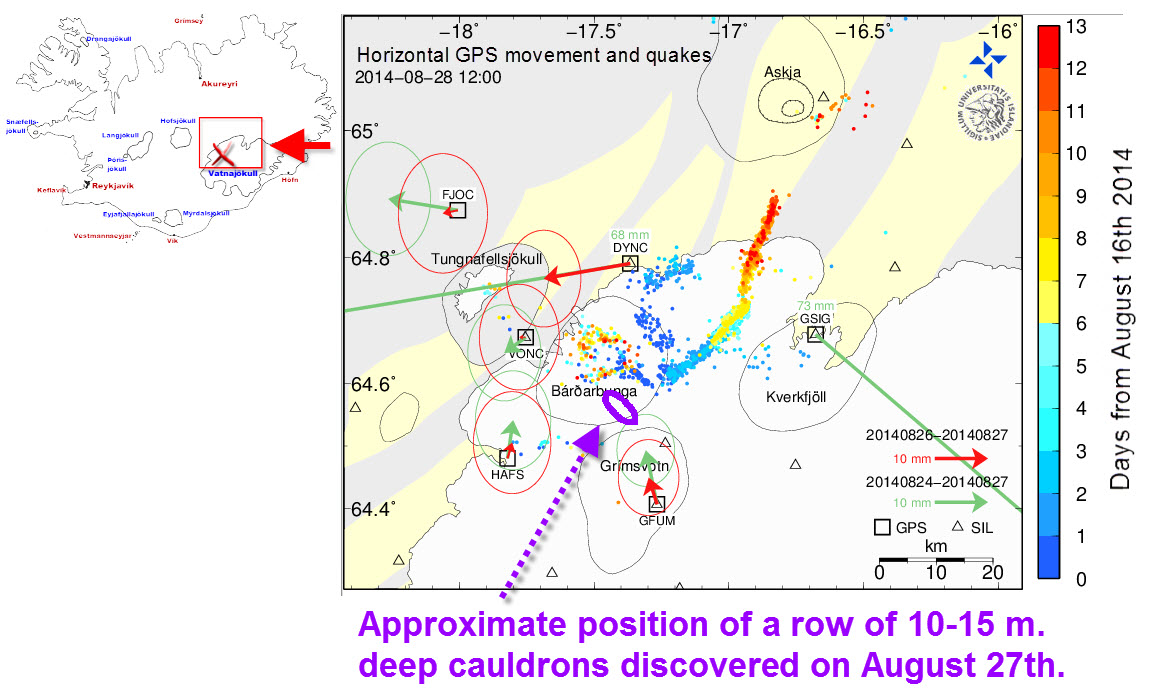