A fissure eruption has started in the Holuhraun lavafield north of Dyngjujökull. Newly formed crevasses were spotted in surveillance flyovers by scientists yesterday and at that time geophysicist Magnús Tumi Guðmundsson estimated that the magma intrusion which had been monitored for the previous week was moving only 2 kilometres under the surface.

The magma has now breached the surface and the volcanic eruption has been confirmed by scientists in the field. The low frequency tremors suggests the eruption is located outside the glacier. The blaze can be observed in Mila’s webcameras, two of which are trained on Vatnajökull glacier’s Bárðarbunga area.

Update: According to the National Commissioner of the Icelandic Police the eruption is thought to be coming from a 3-400m long fissure with direction to NE-SW according to first reports. 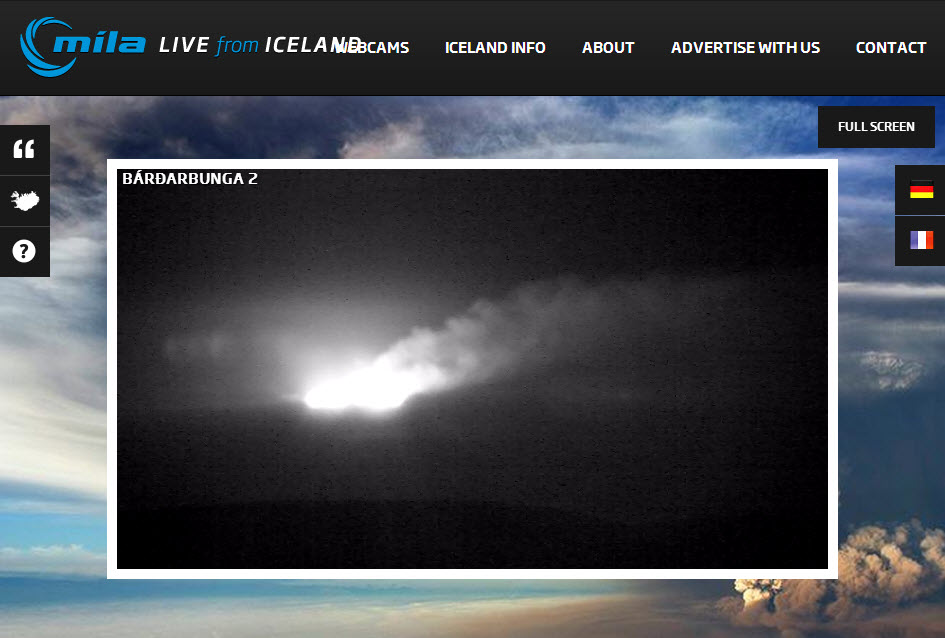