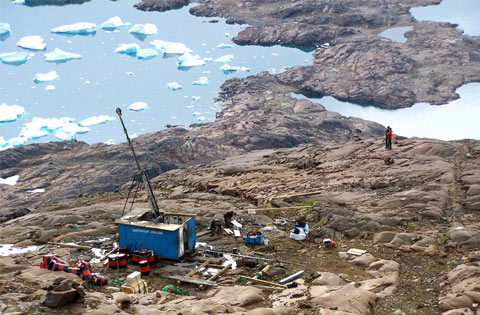 As Greenland advances towards an era of unprecedented mining projects, such as the extraction of uranium, its parliament is currently in the process of passing a bill that could significantly reduce its citizens’ ability to air their concerns about certain issues.

The bill would also limit how easily journalists, environmentalists and citizens can access information on such mining projects. The new law states that information and documents relating to a project would only be available for inspection after the government has approved a project. Furthermore, the bill states that citizens cannot appeal any government decisions on mining.

The bill has received widespread criticism from Greenland’s opposition party, IA, as well as from environmental organisations and citizens of the autonomous region. IA party member Sara Olsvig said the system would be “majorly weakened” if they close down civil society and deprive others the opportunity to look into whether the projects being carried out were good enough.

The government claims it is trying to “streamline the procedure”, but sceptics are not happy with such reasoning. The University of Greenland’s Georg Hansen insisted that this argument does not sit well. He explained that processing requests for access takes time so they need extra staff to carry out the procedure. He noted that the current situation appears like an effort to keep people away from potentially controversial decisions.

Mining Minister Jens-Erik Kirkegaard has gone on record as saying he was not of the opinion that the bill would restrict public access.