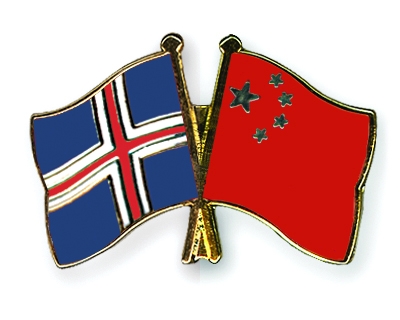 The free trade agreement (FTA) between Iceland and China, which was signed last month, will officially begin on 1 July.

It is the first time China has agreed an FTA with a European country. Talks first started in December 2006, but were put on hold in 2009. However, in April 2012, the respective leaders of the countries resumed talks and agreed the final terms in January this year.

After signing the FTA, the countries released a short statement explaining that its purpose was to increase “mutually beneficial cooperation” in trade and investment. The former will benefit both nations as tariffs will be abolished. In terms of exports to China, seafood is the most lucrative for Iceland, although ferrosilicon and electrical sales are also on the up.

When the FTA comes into effect on 1 July, tariffs on most goods will be removed. China will remove tariffs on certain tariffs during a five-10-year transition period, but China’s exports to the North Atlantic nation will be tax-free from the start date. Iceland and China will exclude certain products from tariff preferences, with Iceland excluding dairy and meat products, for example, and China excluding some paper products.

The FTA could be an important factor of China’s upcoming natural resources exploration mission in the Arctic. It will also go some way to showing how the Asian nation can develop trade links with other European countries.