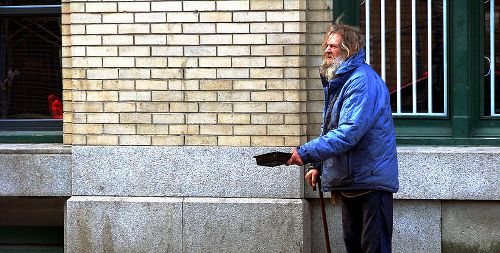 A Swedish store manager has been charged with two counts of harassment for soaking a beggar with water outside his Gothenburg shop in March.

The first charge was in connection with an incident on 10 March when the Hemköp supermarket manager threw a warm bucket of water over his own window and soaked the beggar who was sat nearby. The second charge, for an incident the following day, was for the man doing the same thing but this time with a cold bucket of water.

The woman begging outside the store was soaked both times, and the prosecutor argued that the man carried out the acts with intent.

Hemköp’s head of communications Maria Nobel said she apologised to the woman in person and made sure a translator was present so she could communicate as well as possible, adding that she accepted the apology. Nobel went on to say that she also asked the woman how she felt when the man acted in such a way. The store manager was removed from his position on the back of the incident after receiving a number of threats.

The story caused a storm on social media site Twitter, with many Swedes having mixed feelings about the rise of beggars on the streets.