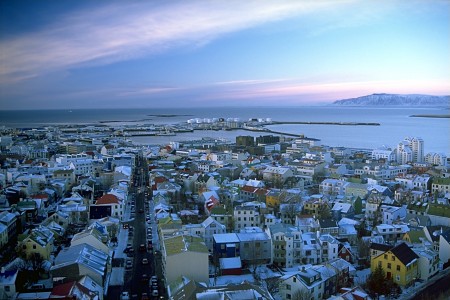 Iceland has been ranked amongst the lowest adolescent substance users in Europe; and to celebrate this achievement Reykjavík City will be holding the Cities for Youth conference, which will be discussing methods for the prevention of substance abuse.

In 1998, 42% of 15 to 16 year old Icelanders had become drunk during the past 30 days whereas now, in 2013, only 5% of students report the same. Daily smoking and the use of cannabis has also decreased dramatically. 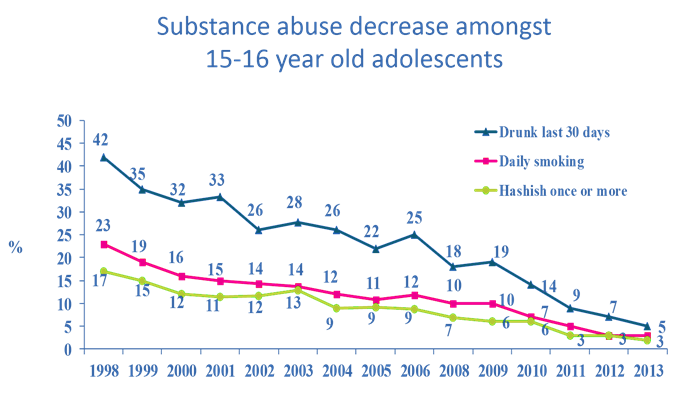 Data from the European School Survey Project on Alcohol and other Drugs (ESPAD) has shown that adolescent substance use is a growing problem in western and particularly eastern-European countries.

How did the City of Reykjavík succeed in changing adolescents behaviour towards alcohol, smoking and drugs?

The Icelandic Primary Prevention Model is a theoretically-grounded, evidence-based approach to adolescent substance use prevention that has grown out of collaboration between policy makers, behavioural scientists, field-based practitioners and community residents in Iceland. The intervention focuses on reducing known risk factors for substance use, while strengthening a broad range of parental, school, and community protective factors.

Since 2006 the methodology from the Icelandic model has been introduced in several cities in Europe through “Youth in Europe – A Drug Prevention Programme”.

The City of Reykjavík celebrates this success during a two day conference 19th and  20th of March 2014 in Reykjavík, Iceland.

During the conference the City of Reykjavík, policymakers, researchers and practitioners will demonstrate how substance use prevention has been addressed in Reykjavík for the past 15 years. The conference will include keynote lectures and practical “hands on” information directly from those who have contributed to and lead the prevention work in Reykjavík. We invite you to a journey on how this positive change was brought about over a period of only 15 years.

To find out more about the conference, visit www.citiesforyouth.is