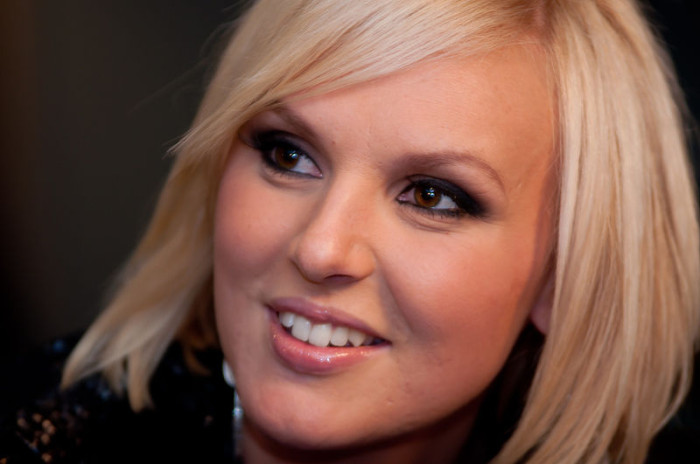 Sweden has selected female singer Sanna Nielsen as its representative for this year’s Eurovision Song Contest in Copenhagen.

The songstress narrowly saw off competition from Ace Wilder to win the annual festival Melodifestivalen and, at her seventh attempt, finally be selected as her country’s Eurovision representative. In fact, after the Swedish public’s votes were counted, her song, Undo, won by just two points.

The 29-year-old said after the result was announced that it feels fantastic to finally win, adding that she was “thrilled”.

Sanna, who first appeared on Melodifestivalen in 2001, looked set to miss out yet again when Ace Wilder took the lead after the international juries’ votes were counted. However, after the votes of the Swedish public were counted, she finally realised her dream and bettered he best ever performance of second in 2008.

The talented singer explained that she was relaxed after getting the votes from the jury and decided just to enjoy the evening regardless of how the public voted. But she said when they ended up choosing her she felt “fantastic”. She said she can’t wait to take part in the contest, which will be held from 6-10 May in the Danish capital Copenhagen.

Ace Wilder was graceful in defeat, saying that she wished her rival all the best in Denmark, adding that she hopes she “kicks ass”.

Sweden has been victorious in the Eurovision Song Contest five times. Abba’s Waterloo won it 40 years ago, while the country’s most recent winner was Loreen in 2012.