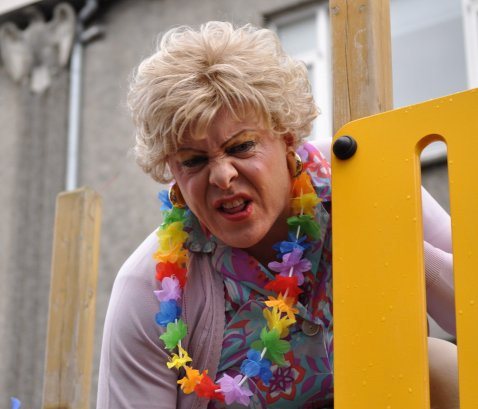 Reykjavik mayor Jón Gnarr is to release a book of his memoirs later this year explaining the truth about how he became mayor of the Icelandic capital.

The actor and comedian’s book, Gnarr: How I Became the Mayor of a Large City in Iceland and Changed the World, will hit the shelves in the US and the UK in June this year. In it he explains how the satirical Best Party was established in 2009 after Iceland’s three biggest banks collapsed in 2008.

During a bleak time for Icelanders, Gnarr amused voters with unlikely promises during his electoral campaign such as creating a Disney amusement park on moorland by Reykjavik’s airport, free towels at swimming pools and palm trees along the capital’s shoreline.

But Gnarr’s unique approach at a time when confidence in traditional politicians was at an all-time low saw the party win six of Reykjavik’s council’s 15 seats a year later. The Best Party then formed a coalition with the Social Democratic Alliance.

Gnarr has now ruled out running for re-election when his term comes to an end in May. He wrote on his Facebook page that his son was happy to learn of his decision, saying that anyone can be a mayor but only one man can be his dad.

The Reykjavik mayor said he hopes to pursue a career in writing once he stands down, explaining that he wants to become an “eccentric surrealist old man”. He added that he plans to write a book on religion, as well as some fiction novels, plays and other stuff.