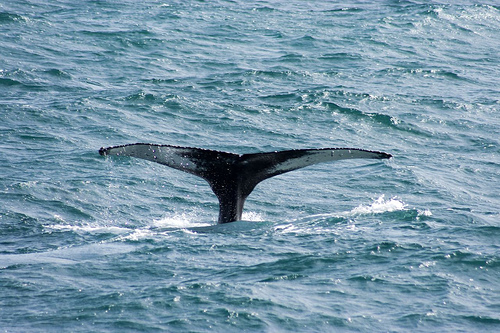 After being banned from entering European ports, Icelandic whalers are using ports and railways in Canada to transport their whale meat to Japan.

A shipment of fin whale meat has already been transported across the North American country. It arrived at the eastern port of Halifax, Nova Scotia, in late January, before being transported to the west coast by rail.

Regulatory agency Environment Canada confirmed that it inspected the shipment in Halifax before giving it the green light to continue its journey by rail as neither Iceland nor Japan recognises the fin whale as an endangered species.

The new rail route across Canada shows the problems Icelandic whalers are now faced with when it comes to transporting their meat to Japan, where there is a huge market in the restaurant industry and even among pet food suppliers.

The news that Canada has become the preferred route comes after European shipping firms started to refuse to transport the cargo and ports such as Hamburg and Rotterdam denied access for ships with whale meat cargo.

Environment Canada explained that even though the fin whale is protected in a number of international agreements and covered by the Convention on the International Trade in Endangered Species (CITES), the shipment could not be stopped because Iceland and Japan do not agree that the fin whale should be listed as an endangered species and the CITES agreement permits shipments through countries if the cargo does not leave customs controls.

Environment Canada gave no further information on the shipment because, according to a spokesman, details on inspections are not released unless they have resulted in a warning or action. Environment Canada also confirmed it was the first time whale meat has been transported through Canada.