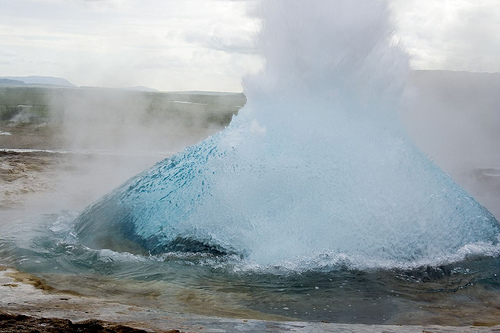 An Iceland MP has claimed that establishing an undersea cable to the UK could lead to a contamination of the island country’s clean energy. MP Vigdís Hauksdóttir told parliament last week that the technology to establish the cable now existed, but it was better not go ahead with the project.

Vigdís Hauksdóttir said those in favour of the cable claimed that it was solely for the purpose of exporting Iceland’s surplus energy. The MP alleges that in reality this is not what will happen and the cable will eventually evolve into a two-way conduit with energy being piped back from European Union states.

The MP expounded on her theory of why Iceland’s energy would be contaminated by saying energy produced in the EU comes from nuclear and coal-fired plants. She added that clean Icelandic energy would be devalued by tainting it with this EU energy.

Vigdís said she would rather see the Icelandic energy sold to Icelanders. She stated that Iceland had aspirations of establishing a prosperous green industry and planned to grow farm produce and flowers for export. To promote this, Iceland needed to preserve its clean-energy legacy.

She finished off with the statement that even though Iceland’s energy was regarded as the globe’s cleanest and would probably command premium prices in the EU, it was still better not to sell it. Vigdís Hauksdóttir is a member of the Progressive Party in the Alþing Parliament.