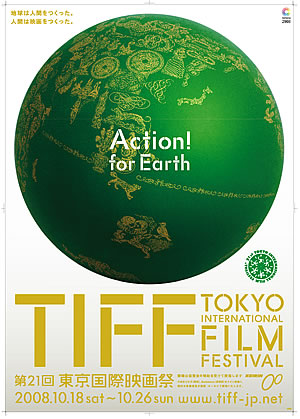 It proved to be a successful Tokyo International Film Festival for Sweden and Iceland, with the Scandinavian countries picking up the Sakura Prize for best film and the Best Director award.

In the festival’s 26th edition, it was Swedish movie We Are the Best that claimed the top prize during the closing ceremony at Tokyo’s Roppongi Hills complex on Friday night. The Lukas Moodysson-directed flick beat off competition from 15 other movies to win the coveted award and $50,000 prize money.

Head of the jury at the festival, China’s Chen Kaige, said the Swedish movie, which is based on the upbringing of Moodysson’s wife, had charm, energy and a fine portrayal of people’s relationships, which the jury collectively agreed was the criteria needed, along with technical excellence, to win the award.

Prior to the top award, Iceland’s Benedikt Erlingsson claimed the Best Director prize for his debut movie Of Horses and Men. The movie centres on an out-of-the-ordinary horse-riding community in Iceland.

Other winners on the night include Iranian director Behnam Behzadi’s Bending the Rules, which won the Special Jury Prize and $20,000; China’s Wang Jingchun, who won the Best Actor award for To Live and Die in Ordos; and Filipino Eugene Domingo, who claimed the Best Actress award for her role in Barber’s Tales.

Photo: Still from Icelandic film Of horses and Men