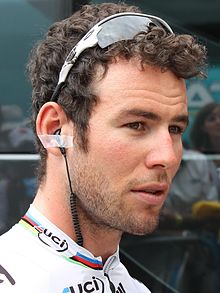 Britain’s Mark Cavendish from the Omega Pharma-QuickStep team crossed the line ahead of Bryan Coquard of Europcar to win the final stage of the Tour of Denmark in Frederiksberg.

At the start of the straight it appeared as though Cavendish was out of the running as he was boxed in; however, he was able to maneuver out of the situation and gain considerable ground in the final metres to pass both Coquard and Tyler Farrar of Garmin-Sharp to win his 16th stage of the year.

Cavendish, who has now won in Frederiksberg three times, described the last lap as chaos, saying that he had to come from about 12 places back after turning the final corner. He went on to say that the section of the race is comparable to the Champs-Elysees straight in Paris, so he is delighted to win the race like he did.  He added that arriving in Denmark after the Tour de France he didn’t know how he would perform as he was still a bit tired.

Wilco Kelderman, riding for Belkin, won the overall Tour of Denmark, and was given little to worry about on the final day. The Dutchman took the overall lead by six seconds after the short time trial the previous night and was able to defend it over second placed Lotto Belisol rider Lars Bak and third placed Matt Breschel of Saxo-Tinkoff.