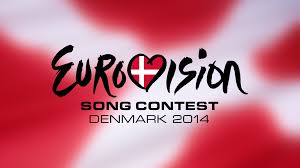 Parken Stadium in Copenhagen has withdrawn its bid to host the 2014 Eurovision Song Contest, confirmed Parken Sport & Entertainment. The stadium hosted the contest in 2001 and was the favourite to do so again next year after Danish singer Emmelie de Forest’s victory this year ensured the event would be staged in Denmark next year.

However, Parken said that the reason for pulling out of the running is because the stadium would have to be occupied during the six weeks leading up to the event which, due to all its other commitments, is not possible.

Parken administrative director Anders Horsholt explained that they have to put the interests of the Danish national football team and FC Copenhagen first as both play their homes games at the arena. Therefore, the company is unable to host the event.

Horsholt went on to say that football is their number one priority and FC Copenhagen will have a busy schedule next spring. He added they felt it was best to do the necessary research in advance and make the decision in good time, but said that the company was pleased many people thought the stadium was a suitable place to host Eurovision 2014.

Following the earlier withdrawal of Fredericia in Jutland, there are just four venues left in the running: K&B-Hallerne and DR Byen in Copenhagen, Faengslet in Horsens. and the Boxing Arena in Herning. Next year’s Eurovision Song Contest will be held on the 13, 15 and 17 May.