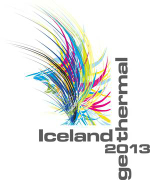 The upcoming Iceland Geothermal Conference 2013 is set to hold a geothermal energy business exhibition, giving participants an opportunity to meet and exchange ideas.

Iceland Geothermal Conference 2013, to be held at the Harpa Conference Centre in Reykjavik, Iceland, between 5th and 8th March 2013, will be the place to meet for utilities, investors, vendors, regulators, and government bodies to take an in depth look at the major steps in geothermal projects.

This year, the popular international energy conference will be focusing on the geothermal value chain, and featuring 54 lectures spread out over four days. The event will also be field trips to selected geothermal areas close to Reykjavik.

The three-main phases of the geothermal value chain will be covered, including the scientific elements of geothermal-drilling; the exploration phase; and the utilisation phase with reference to the resources in Iceland.

Amongst the topics to be discussed at the Iceland Geothermal Conference 2013 include: identifying the possibilities of geothermal; resource management; finance, risk and insurance management in geothermal projects; role of governments and international funds; rules and regulations, case histories and sustainable resource management, and environmental issues related to geothermal energy.

A new addition to the conference schedule includes a talk by Kasumi Yasukawa, Group Leader, Geo-Analysis Research Group, National Institute of Advanced Industrial Science and Technology (AIST). As part of Yasukawa’s session, the geothermal development activities and impact in Japan after the 2011 Tohoku earthquake will be discussed.

For more information regarding the 2013 Iceland Geothermal Conference, visit http://geothermalconference.is/.