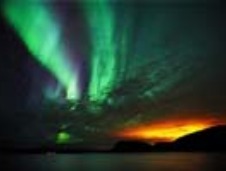 NASA researchers have stated that recent coronal mass ejections from the sun are causing supercharged Northern Lights displays, which are amazing stargazers in Iceland and the rest of the Northern Hemisphere.

Recently, the sun unleashed a coronal mass ejection (CME), sending a huge cloud of charged particles streaking into space at more than 3.2 million mph (5.1 million kph). Once these CME particles collide with the Earth’s atmosphere, these charged particles generate the glowing lights of the Aurora.

Over the past year, the sun’s activity has increased significantly, producing a greater amount of flares and CMEs, and researchers predict more activity in the next coming months.

As part of the trip, visitors might see the Northern Lights just outside of Iceland’s capital, Reykjavík, or perhaps from the middle of a lava field an hour’s drive into the countryside. Every tour is unique, and is planned according to up-to-date weather and solar activity reports.

For more information about Northern Lights tours in Iceland, as well as flights to Iceland, visit www.icelandair.co.uk.