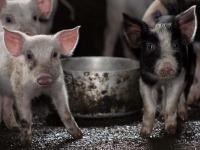 A revolutionary cloning method was created in 2007 at Denmark’s Foulum Research Centre at the University of Aarhus using pigs as part of a study on Alzheimer’s disease. But scientists at the centre have been unsure since that day if the cloning technique would affect the natural physiology of the pigs.

The Copenhagen Post reports that the scientists’ fears have finally been allayed as the first litter of piglets born to a transgenic clone were successfully delivered, healthy and normal. Project leader Arne Lund Jorgensen told the newspaper that the natural birth of the litter was both a Danish and world first.

In 2007, seven transgenic clones were created in the laboratory with the Alzheimer’s gene added in order to study the development of this common degenerative disease. Now nine healthy piglets have been born at the research centre, and three more litters are expected in the coming days.

Unlike their mother, the new piglets are not clones. Jorgensen expects half of the litter to carry the Alzheimer’s gene and develop early signs of the disease. The main benefit of the Danish research is they were able to clone animals using a simple technique that is much less expensive than other cloning methods and can be done in simpler laboratories. This could help accelerate the study of cloning, as more scientists will have access to this easier process.