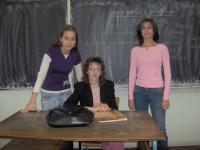 The global economic crisis is beginning to extend into more entrenched facets of public life such as higher education. Denmark’s government has stated that several of the nation’s top universities are planning to shorten the length of their semesters and lower the required number of classes for certain degree programs.

It appears the humanities field will feel the greatest impact of the cutbacks as student numbers shrink and teachers and funding gradually dry up or get merged into bigger fields. Many small, specialised humanities courses will be converted or combined into lectures. But even the more popular degrees such as the natural sciences are going to feel the pinch.

The news agency JP reports that the annual financial subsidies that departments receive from the government for each enrolled student will be reduced by 2 percent. The University of Southern Denmark is planning to shorten its semesters by several weeks to compensate for the drop in state funding.

The University of Copenhagen has reported it has 250 fewer students enrolled in its natural sciences major this year. The combination of less tuition and less state funding means the school must find a way to compensate for around 45 million kroner from its annual budget.

While the deans complain about getting less money, Helge Sander, Denmark’s science and technology minister, reminds them: “The schools have to streamline like every other institution. The deans also forget to say the universities have got an extra bonus for every student that has completed their education.”