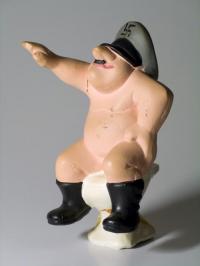 A 33 year-old Danish man living in Germany is currently standing trial for distributing Nazi racist music online through the Internet. Now that an Eastern High Court has supported the extradition, the landmark case will go to Germany’s Supreme Court for a final decision.

The Berlingske Tidende newspaper reports that in Germany this sort of racist crime is considered to be much more serious than in Denmark. If he is convicted the man could be sentenced to several years in a German prison. His lawyer, Mikael Skjodt, confirmed that the case is will form a precedent since the two EU nations involved (Denmark and Germany) have different interpretations of the same EU law.

“We’ve made all extradition rules in the EU uniform but individual countries still have varying criminal laws,” Skjodt told the Berlingske Tidende. “But they crack down hard on this crime in Germany for historical reasons.” In Denmark the same kind of hate crime would get a maximum of 60 days in jail. But in Germany it’s quite another matter.

The Danish subject and another German man are charged with distributing hated-inciting music over the Internet though the company Celtic Moon. Danish police were contacted by their German counterparts after the two men were arrested. For now, the Dane is not being held in custody but must report to local police every other day until the verdict is reached sometime this month.