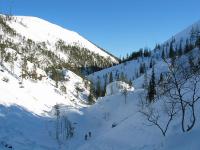 Although tourist numbers are down in virtually every country on the planet, Finland can find some solace in the fact that their Russian neighbours are still flocking to the Nordic nation on holiday. So far in 2008, Finland has seen the highest number of Russian tourists ever recorded.

The newspaper Helsingin Sanomat reports that brief overnight visits by Russians have increased 22 per cent over last year. Finland is expecting nearly 100,000 Russians to come across the border for the New Year celebrations, meaning that over the next couple of weeks every other tourist in Finland will be a Russian.

Although tourism is a very important aspect of the local economy in south-eastern Finland, the northern regions of Lapland also greatly benefit from Russian tourists. Lapland has a well-developed infrastructure for tourism and is a natural hotspot for Christmas and New Year holidays.

But the global economic downturn may eventually break the cycle of visitors, including Russians. A 13 per cent drop in tourists to the normally booming seasonal town of Rovaniemi is case in point. This town right on the Arctic Circle is home to Santa Claus’ Main Post Office, a major tourism destination during the Christmas season.

The upbeat regional manager of Finland’s Tourist Board, Arto Asikainen, told the Helsingin Sanomat newspaper that Russians are unlikely to stop coming to Finland. Travelling is a big part of the growing Russian middle class, and “if long-distance trips do not suit every pocket, Finland could be a good alternative.”