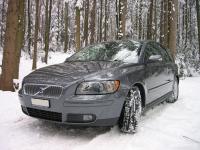 A report in the Swedish business press has disclosed that Sweden’s government is prepared to give a series of loans and loan guarantees worth billions of kronor to slumping Swedish carmakers Saab and Volvo. Both of the Swedish-based carmakers are national icons, but are currently owned by American carmakers.

US-based General Motors and Ford, who are both fighting their own battle for survival at home, have stated emphatically that they wish to sell their stakes in Saab Automobile and Volvo Cars, respectively. Talks have been held between the two US auto giants and the Swedish government in an attempt to reach a deal that benefits all involved.

“It is not a question of subsidies or of the government going in as an owner, but of loans and loan guarantees on good terms,” an unidentified source told the Dagens Industri (DI) newspaper. Both Volvo and Saab are important to the wider Swedish economy because they provide thousands of jobs for workers at the plants as well as in the local companies that supply the equipment and materials to build the cars.

The Local newspaper believes the Swedish government will eventually buy out, or at least bail out, both of the carmakers. They have also reported that the government is talking to both carmakers about establishing a new jointly owned company that would promote research and development for environmentally friendly vehicles.