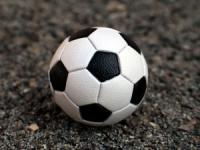 After five unproductive years in charge of Norway’s national football team, coach Aage Hareide has decided to call it quits, saying he’s exhausted and hasn’t achieved any notable results on the world arena. The final straw seems to have been Hareide’s inability to put together a squad that can win a match in the qualifying rounds for 2010’s World Cup.

The Norwegians currently languish at the bottom of their World Cup qualifying group, taking only two points from three games. The two points came from two draws, and “The results have given a negative focus ahead of every match.” Hareide commented.

In his five years in charge of Norway’s national side, Hareide has yet to qualify for any major competition since he took over in 2003. “In that kind of situation the national coach must be strong and clear and have full batteries. I’m a person who either must give full gas, or nothing. When I no longer feel I can give full gas, it’s sensible to say so,” a tired-looking Hareide said in an interview reported by CNN sports.

The Norwegian Football Association is currently looking for his replacement, and will probably have to settle for a temporary coaching solution until someone can be found. The next World Cup qualifier for Norway is on 6 June against Macedonia, a side they should easily be able to beat.