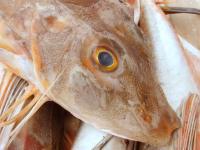 The European Union proposal includes a possible increase in cod quotas in return for not fishing certain areas during spawning season, being able to land more fish instead of discarding them as by-catch and using wider mesh nets to allow smaller cod to escape.

Scottish fishermen hope for a substantial increase in their cod allowance for 2009, but the above measures aim to reduce overall cod mortality by 25 percent and further 10 percent annual drops thereafter.

“Every year thousands of tonnes of North Sea cod is needlessly thrown overboard, making a mockery of the whole quota system,” said Aaron McLoughlin, head of WWF’s European Marine Programme, speaking to Panda News Group. “As Norway is pushing for the EU to implement tougher discard measures, we hope that this delay in issuing recommendations means that the Commission is seeking a solution to the issue of discards.”

The WWF did welcome new proposals to reduce the quotas for shrimp and sole in the North Sea. Whatever final decision is made on the cod stocks, it will happen at the EU Fisheries Council meeting on 17-19 December in Brussels.