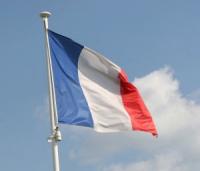 This was the 42nd time that Loeb has won a world championship race, squeaking past Finnish racer Mikko Hirvonen with just 9 seconds between the two. “It’s fantastic, an incredible feeling, winning here in Finland means so much to me,” Loeb told reporters after winning the rally. “I desperately wanted to win this rally,” Loeb added. “Getting a win here was more important to me than just getting points.”
The points Loeb picked up do matter, however, as he narrowed Hirvonen’s overall lead to just a single point. Loeb’s sense of pride was justified, since the high-speed gravel roads of this annual rally in Finland have traditionally been dominated by local drivers. Since the event began in 1951, non-Scandinavians have only managed to win four times, Loeb included.

The Frenchman led the Finnish Rally throughout every stage, but Hirvonen kept the pressure on until the very end. “I wanted to win here, but it was still a fantastic event,” said Hirvonen, who had hoped to follow up last year’s victory by fellow Finn Marcus Gronholm.