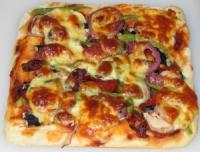 A group of scientists from the United States is working in collaboration with Icelandic scientists and their genealogical database to pinpoint the causes and signs of a fatal hereditary disease; cystatin C amyloid angiopathy (HCCAA).

Analysis has revealed that the deadly mutated gene, L68Q, derives from a common ancestor born about 18 generations ago in Iceland (around 1550).

The gene was largely mutant until 1900 when it began causing deaths from multiple brain haemorrhages among healthy young adults. The origin of the mutation of the HCCAA was previously unknown, but by using DNA haplotype analysis scientists have shed light on the history of the syndrome which also has high penetrance in contemporary Icelanders.

Interestingly, a theory for its mutancy has been proposed which suggests that the traditional Icelandic diet of whey-preserved offal as well as meat, dried fish, and butter “protected” the mutation carriers for almost 300 years, until the Icelandic diet changed early in the 20th century, exemplified by drastic increases in imported carbohydrates and salt.

We will get back on the horse again