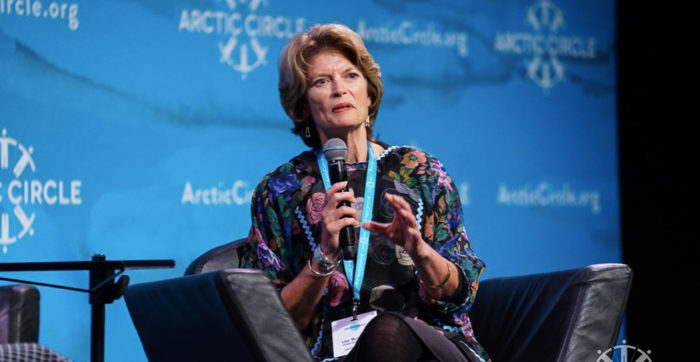 Arctic Circle VIRTUAL is a new addition to the Arctic Circle, starting in October – the same month as the annual Arctic Circle Assembly, the largest global gathering on Arctic matters, is normally held in Reykjavík.

The 2020 Arctic Circle Assembly was postponed because of COVID-19, as were this year’s Arctic Circle Forums in Greenland, Dubai and Germany, leaving the Arctic Circle VIRTUAL to become an even more important platform for Arctic discussions.  This platform will continue come POST-COVID era.

It is no small voice that kicks off the Arctic Circle VIRTUAL on October 6th. This first Dialogue is with U.S. Senator Lisa Murkowski, the Senator who is viewed by many as the leader among her Congressional colleagues on Arctic issues. Murkowski who is from Alaska, has in recent years reached global fame due to her position in the US Senate. She is the U.S. Representative in the Standing Committee of Parliamentarians of the Arctic Region and co-chair of the Senate Arctic Caucus.

Senator Murkowski has also been instrumental in promoting the importance of Arctic development in the U.S. She has emphasized that the U.S. “has to acknowledge [it’s] role as an Arctic nation”. Her discussion on the Arctic Circle VIRTUAL is headlined: How will the Arctic be impacted by the 2020 U.S. Presidential Election?

The event will be moderated by H.E. Ólafur Ragnar Grímsson, Chairman and founder of the Arctic Circle and President of Iceland 1996-2016.

It takes place on the Arctic Circle VIRTUAL platform at 09:30am EDT / 1:30pm GMT on October 6th. Participation is open and free.  Participants need to register here and can submit questions and comments for Senator Murkowski before the Dialogue begins. It will also be possible to submit questions during the live event.

Read more on the Arctic Circle in JONAA: Olafur Ragnar Grimsson: A New Model Of Arctic Cooperation For The 21st Century