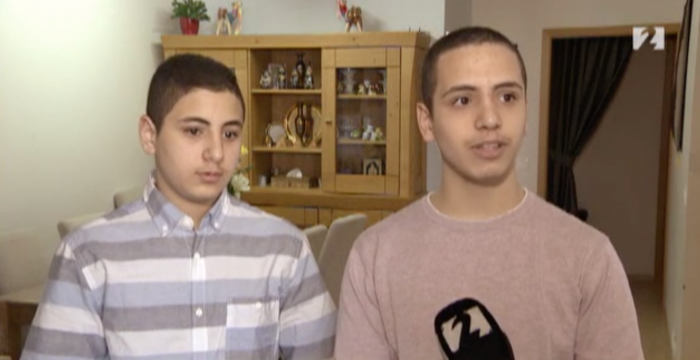 Brothers Mohamed Kouwatli and Yossed Kouatli are working on a dictionary meant to help immigrants in Iceland and the local population better understand one another. The brothers are Syrian refugees that settled in Iceland three years ago.

The book is due next year and young visionaries, age 14 and 15 have been working on the project for the last three years. The idea was born when they had recently arrived in the country; “We didn’t understand Icelandic when we first arrived” they inform Visir’s reporter. “Our father couldn’t explain things to us in Icelandic, only in English and Arabic” Mohamed explained.

The book will be in five languages and contain words, concepts and phrases helpful in every day life in Iceland. “Its not just us that have a hard time understanding the language” Mohamed said and explains that the book will be in Arabic, English, Spanish, Polish and Danish and Icelandic.

“Our father knows professors and they’re going to help us with the Polish Spanish and Danish” Yossef said. The brothers received quite a bit of attention at an award event for communal work awards held by Frettabladid when they came forward unannounced and gave the president of Iceland Gudni Th Johannesson a draft copy of the dictionary.

The brothers have now received support from the ministry of education and culture to publish the book. “We want to finish the part we are working on now, and then take the next steps” Were going to complete all the languages and be sure we have everything right. We’re going to publish the book in the next school year.” Mohamed concluded.

(featured image is a still from  Visir’s report)