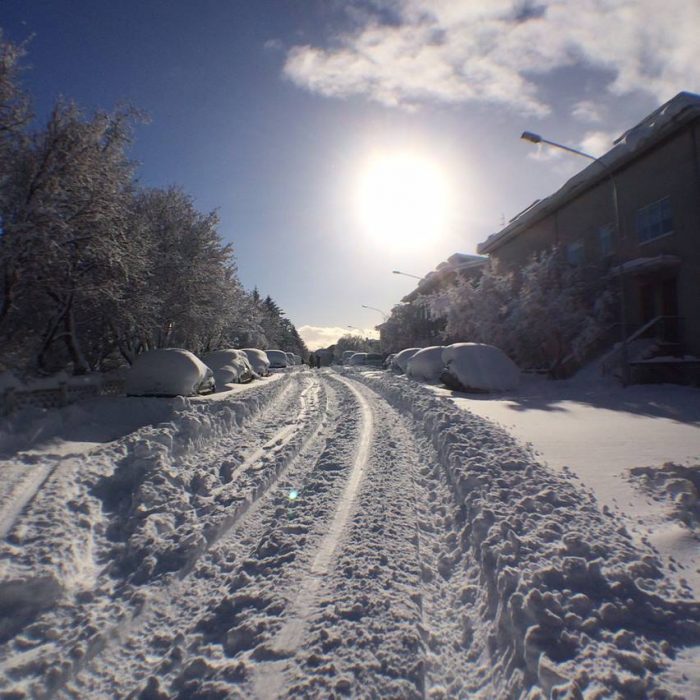 The people of Reykjavik woke up on Sunday morning to a fairytale like winter wonderland. There was a record downfall of fluffy snow, the snow was measured at half a meter deep or 51 cm at 9 am on Sunday morning in the capital which exceeds the record of 48 cm in February in 1952 according to the Icelandic Met Office.

All roads in and out of Reykjavik were closed due to snow and cars remained mostly still in the driveways creating a calm and beautiful landscape for the city dwellers to play in. Drivers who did venture out on Sunday morning mostly got stuck in the deep snow and the police issued a statement asking people to leave their cars at home today while the city worked on clearing the roads. The road to Keflavik airport was cleard and open on Sunday morning.

RUV published a video of the transformation, captured overnight by Jon Atli Magnusson, who installed a camera in living room window, recording 8 hours of constant snowfall, displaying it in seven seconds, setting his GoPro on time laps, showing a marshmallow like transformation in his garden.

The weather forecast for the next few days is for clear and calm weather so Reykjavik will be able to enjoy the snow for a while more. 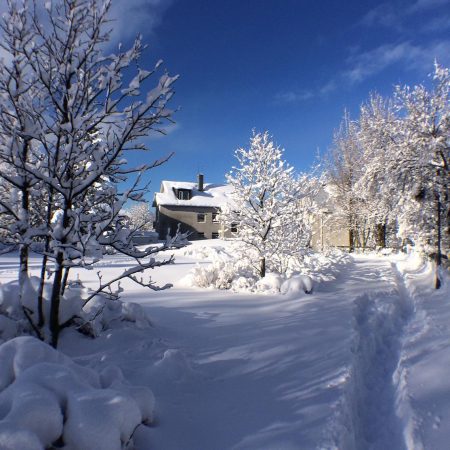