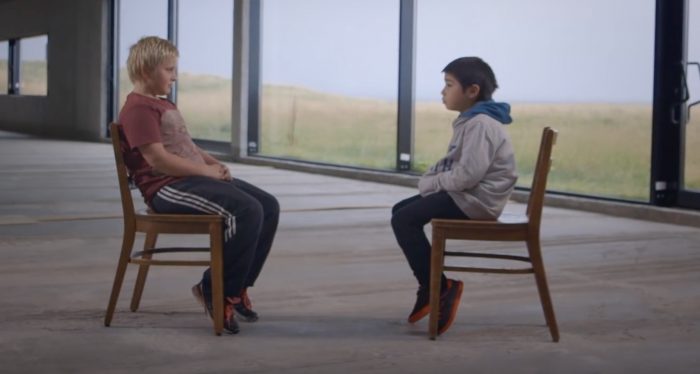 The Icelandic division of Amnesty International published a video were Icelanders sit across from fugitives that have been granted asylum in Iceland. The experiment is based on the idea of physiologist Arthur Aron who discovered that unbroken eye contact for four minutes brings people close to each other and creates an air of tenderness and closeness. The video belongs to in a series of videos where Europeans and refugees stare into each other’s eyes for 4 minutes, in an effort to humanize the refugee crisis.

According to the Amnesty International the goal of the videos is to counter the dehumanized language often used when talking about the problems of refugees, they believe that the rhetoric often applied when addressing the issues of refugees in Europe often reduces human tragedy to numbers and statistics. Overlooking that the suffering concerns “real people, who have families, loved ones, friends; their own stories, dreams and goals. Only when you sit down opposite a specific person and look into their eyes, you no longer see an anonymous refugee, one of the migrants, and notice the human before you, just like yourself – loving, suffering, dreaming…”

Twenty years ago, psychologist Arthur Aron discovered that 4 minutes of looking into each other’s eyes could bring people closer. Using this discovery, Amnesty decided to carry out an experiment, during which refugees and Europeans sat opposite each other and looked into each other’s eyes. The experiment started in Berlin and has since been filmed widely in Europe. The video below shows the Icelandic version.