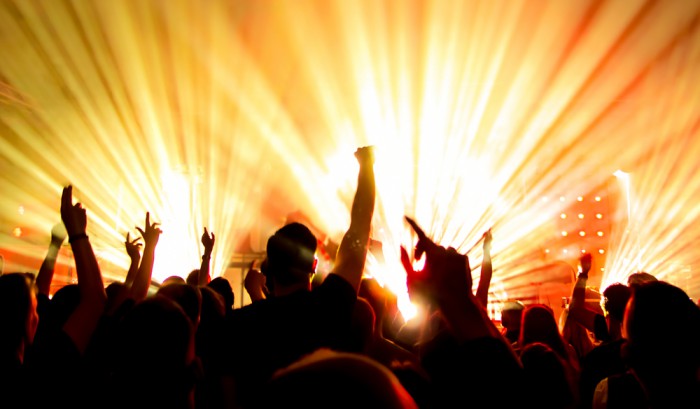 Summers in Iceland are short and Icelanders like to make the most of them by touring the island and enjoying the nature. Coming up next weekend is the greatest travel weekend of Iceland, the Verslunnarmannahelgi, equivalent to the Bank Holiday or Labor Day, when Icelanders take to the roads and Reykjavik is virtually left empty.

During this weekend there are music festivals and parties all over the country, the most famous (and infamous) one is in Vestmannaeyjar, the Westmann Islands, known as Þjóðhátíð, The National Festival in English, an annual outdoor festival where locals and guests gather in Herjólfsdalur valley on the island of Heimaey for four days of various events, most prominently big stage concerts, bonfires, fireworks displays and the festival’s signature Sunday night crowd singing at the slope, the single event of the weekend which draws the most attendees. Þjóðhátíð was first held in 1874 when islanders were prevented by bad weather from attending the celebration on the Icelandic mainland of the millennium of Icelandic settlement. Since the festival has grown to become one of the largest multi day festival in Iceland. It is highly published in Icelandic media, but regretfully not only of good, assaults, drunk and disorderly behavior and sexual assault and rape is regrettably a usual suspect accompanying the festival and there is much debate on how to deal with this problem on such a large scale festival. Verslunnarmannahelgi used to be the main weekend for concerts and overnight music festivals, but all that has changed, dotted around the island throughout the summer in villages and towns people increasingly organize festivals and workshops mostly revolving around, culture, art and music. IceNews compiled a list of the main festivals in Iceland, but be aware, there are many more than listed there below.

Aldrei fór ég suður or I never went south (referring to Reykjavik) Is held early in spring, it has been held during Easter in Ísafjörður in the west fjords of Iceland every year since 2004. It started off as a one night event but has been growing ever since and now stretches from Thursday until Sunday. The festival runs hand in hand with Skíðavikan, or a weak of skiing as the mountains are still normally rich with snow so early in spring. Skíðavika is a winter activity festival with various skiing and cultural events.

Secret Solstets kicked of the summer on the summer solstets in June, when the sun shines 24 hours. with an international menu of entertainers and incredible venues, most notably inside a magma chamber of a sleeping volcano.

Eistnaflug is a music festival dedicated to hard metal music taking place in July. Eistnaflug or “testicle flight” has taken place annually since the summer of 2005, its is an indoor festival situated in Neskaupstaður, a quaint little town located in Norðfjörður fjord on the Eastern coast of Iceland. It started out as a small one-day metal festival in 2005 but has since grown into a three day festival where metal, hardcore, punk, rock and indie bands share the stage.

LungA art and music festival takes place in July in the town of Seyðisfjörður in a fjord by the same name, also on the east cost of Iceland, LungA targets young creative people. The festival saw the light of day in 2000, celebrating creativity, art, collaboration and culture in general, through a week of workshops, lectures and other activities. LungA then finishes with a grand finale, a weekend of celebration, exhibitions and concerts. People can sign up for the weeklong workshop when the town is buzzing with creative youngsters or just show up for the concert and final party.

Bræðslan 23th July 2016 is a music festival that focuses on friendly atmosphere, calm fun and not least on great music. The festival is held in Borgarfjörður eystri, also on the east coast of Iceland, a small village with 130 inhabitants, surrounded by colorful mountains and beautiful landscape. The festival venue is a 40 years old fish factory that for this one time of year is turned in to a wonder world of music. The festival was first held in 2005 and has since then been held annually on the last weekend of July. Only 800 tickets are sold for the festival each year.

Norðanpunk is another indie festival, taking place in the end of July in the north of the country, next weekend to be exact. Norðanpaunk (Nordic Punk) assembles the weirdest and most extreme bands and artists in Iceland. Focusing on bands and artist that are outstanding in their presentation and interpretation of their chosen art form. This is the bond that pulls the organisers, volunteers and plethora of performing artists together. A motley crew of outsiders and misfits united in their love for the extraordinary, meeting up with likeminded people, exchanging ideas and experiences, and creating something new and unique guided by DIY principles.

Innipúkinn is an annual music festival taking place in downtown Reykjavik during the travel weekend Verslunnarmannahelgi, it was made for those who don’t like camping and prefer to stay at home when everyone else takes to the roads. Its 15th edition will be held July 29th – August 1st, 2016. They promise a lively ambient in Reykjavík city over the Verslunnarmannahelgi, when most have left the city.

Again, please note that this is not by any means a complete list of festivities around the Iceland during summer. The herring adventure in Siglufjörður fjord in the north and the Harbor festivals around the country, for example in Seyðifjörður fjörd in the east are not counted for example. There are plenty of festivals in the Icelandic summer.