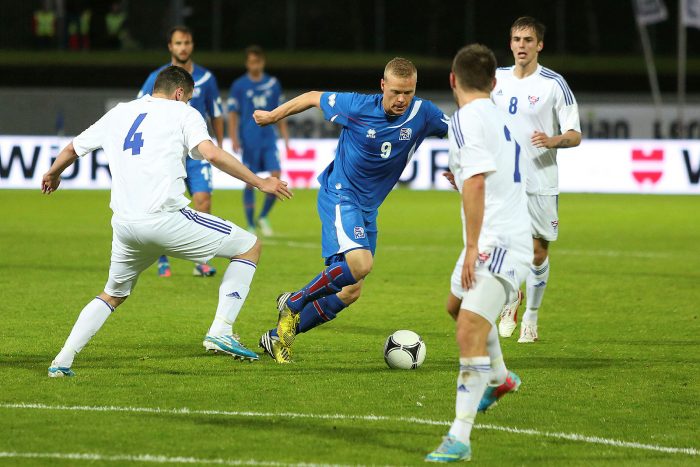 SKY Sports released a short list of ten players they thought had had an outstanding tournament and the choice was between some really big names including Antoine Griezmann, Gareth Bale and Cristiano Ronald to mention some. The winner in the end was one from the unlikely heros of the Euro 2016 tournament, namely Iceland. Kolbeinn Sigthorsson came number one with over 30% more votes than the French Briezmann.

According to SKY Sigthórsson was the man who gave Iceland one of their greatest ever sporting moments. With a strike of his right foot he sent his country into the quarter-finals of the Euros in the first time they had qualified for the tournament – and he added a goal against France for good measure.

The poll was put out ahead of Sunday’s final between hosts France and Portugal in Paris, SKY had made their 10-man shortlist and their readers where allowed to vote your their favorite player.