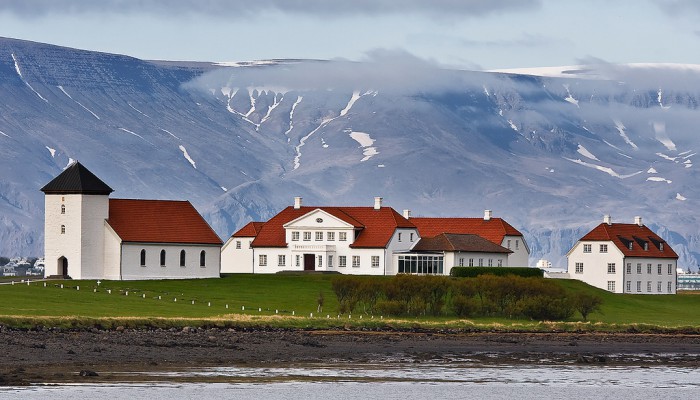 Update: The president of Iceland, Ólafur Ragnar Grímsson has confirmed that he is withdrawing his candidacy for the sixth term as president of Iceland. Grímsson’s announcement came moments after the publication of a survey that showed he had lost half his following. According to the new survey candidate Guðni Th. Johannesson measures with half the votes. An new survey is being made including the latest candidate Davíð Oddsson.

President Ólafur Ragnar Grímsson, appears to be reconsidering his bit for a sixth term of the presidency of Iceland.
In an interview with Björn Ingi Hrafnsson on Stod 2 on Sunday, he said that Guðni Th. Jóhannesson’s announcement to run, along with Davíð Oddson’s pronouncement Sunday morning, changes the playing field and the political uncertainty he perceived when he announced his bid for the sixth term has changed. While the interview today implies that he might step down, Grimsson has not formally retracted his candidacy. He conceded that he is thoughtful about his standing in the new outlook, pointing out that historian Guðni Th. Jóhannesson is probably one of the most knowledgeable person when it comes to the office of the Icelandic president and Davíð Oddsson is one of the most experienced politician in the country. When the host of the show asked him directly if he intended to step down he said, “One simply has to earnestly assess the situation, in light of what I have said, and what I want”. While Grimsson stated that he has not yet reached a definite conclusion he concluded, “I’m bound to take some time and consider the new circumstances carefully”

It drew quite a bit of attention how well Mr Oddsson and Mr Grimsson spoke of each other in interviews on Sunday. Public relation person Andrés Jónsson speculated with journalist in Vísir that president Grimsson couldn’t withdraw his candidacy because of the financial scandal of his wife, but her mention in the Panma papers, her ties to offshore companies in Tortola has caused much controversy in relation with his bid for the sixth term. If we were to step down because of that, it would become part of his legacy, Jonsson went on to explain that he seems to be using the reason that two strong candidates have emerged. He also maintaind that contrary to Oddsson’s statement, his potential candidacy has been in deliberation for quite a bit of time.