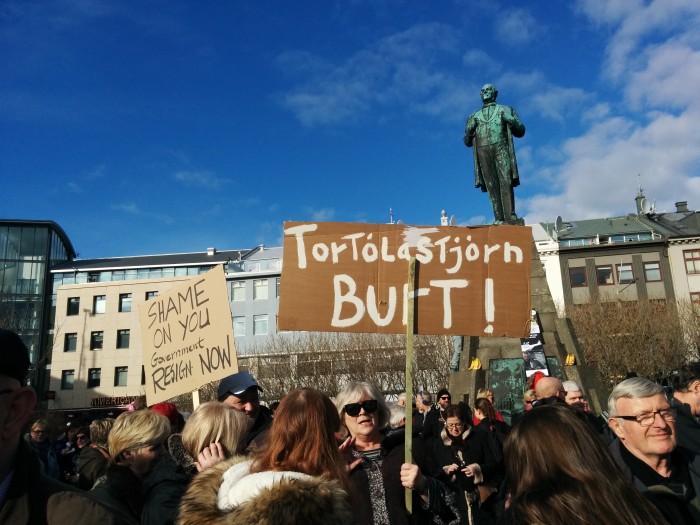 Over 15.000 people gathered on Austurvöllur Park in front of parliament today to protest and the message was loud and clear:

In fact the number of people attending the protest is unclear, some say 15.000 and some 22.000. Reykjavík police say they have never seen so many people gather to protest, not even in the wake of the 2008 crash. Icelanders are angry, they showed up armed with kitchen utensils to bang on to underscore the demand, hurling toilet paper, milk, eggs and bananas towards the parliamentary building, loud bangs were heard thought to be tube bombs and some fireworks went of. The mood could be described as a mixture of anger, disappointment and shock.

Many people interviewed by the National Broadcasting Service at the protest descried feeling like they had been made fools of, had been lied to and cheated, and it hit them especially hard as they had believed that Iceland was recuperating after the 2008 crash, after all the work that went into rebuilding the society and seemingly uprooting corruption, many described shame, “Fool me once, shame on you; fool me twice, shame on me” seemed to be a common sentiment today. It’s likely that Austurvöllur will see protesters until Prime Minister Sigmundur Davíð Gunnlaugson resigns and the government is dissolved. The town of Akureyri in the north of the island, a known stronghold of the progressive party, also saw protests today and protests are brewing  in the east for tomorrow. 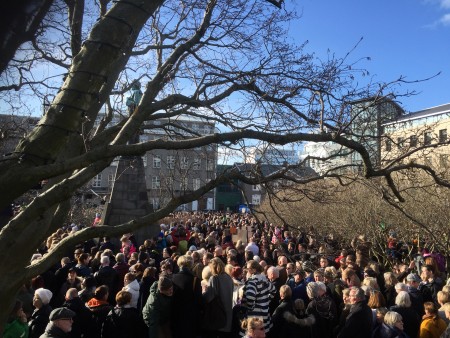 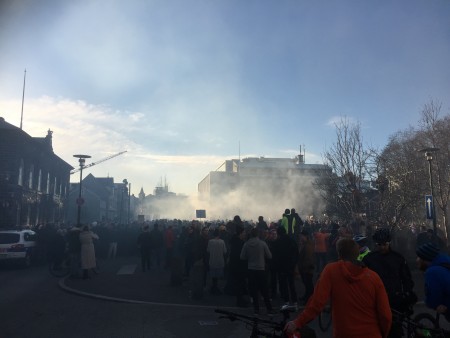 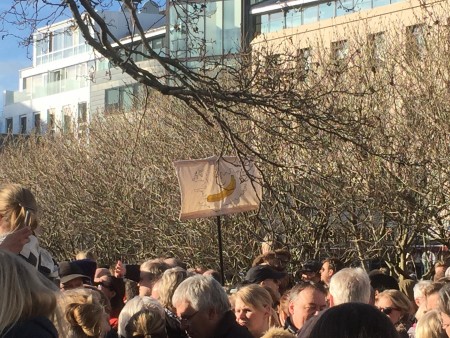