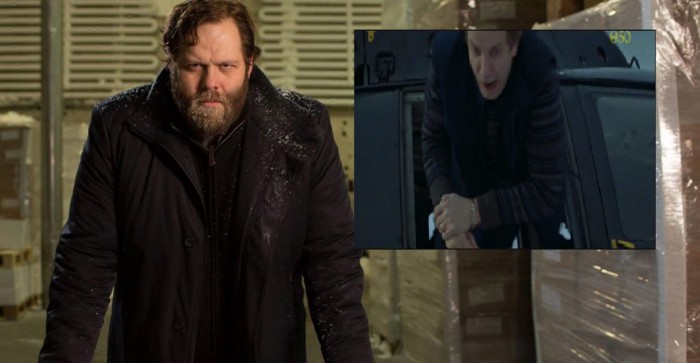 Due to a mistake from the RÚV, the National Broadcasting Service´s technical department a wrong version of episode seven of the series was aired yesterday. The plot differed ever so slightly than in the final version according to the spokesperson from RÚV. One of the more visible mistakes was for example that the door of an helicopter was supposed to be closed while transporting a criminal, but in the wrong version it was open.

The correct version will be aired on Tuesday night and Thursday night and will be made available on the RÚV´s podcast and by other means.

Gunnar Örn Guðmundsson head of the RÚV technical department has issued a statement explaining the error and apologizing for it. This was how ever not the only mistake of the technical department last night; they also aired a wrong version of the documentary Á flótta (On The Run) as Ingólfur Bjarni Sigfússon one of the filmmakers pointed out on his facebook site yesterday. The correct version is also available on the RÚV´s podcast Sarpur.

Trapped has enjoyed unprecedented popularity in Iceland since airing began in December. No series have had better ratings since monitoring began in 2008, the series has average 60% viewing, which is huge by any standards.

Trapped takes place in a remote town in Iceland, Police desperately try to solve a crime as a powerful storm descends upon the town. The series was created by Baltasar Kormákur, starring Ólafur Darri Ólafsson, Ilmur Kristjánsdóttir, Ingvar Eggert Sigurdsson.

The series will be aired in France tonight with much anticipation. On Saturday BBC 4 will air the show as well.