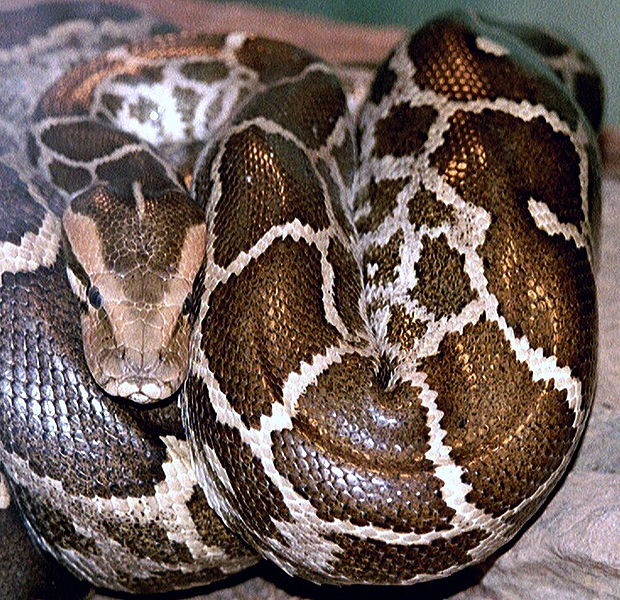 A two-metre-long Indian python stopped traffic in the streets of Malmo on Wednesday after falling out of a moving vehicle.

Police in the southern Swedish city, however, are unsure whether it was the same snake that was seen in a park last month or another snake that has been lost and found twice in the area.

The animal was spotted by motorist, who said it fell out of a car and onto the road, according to police spokeswoman Linda Pleyn. Police were immediately informed of the goings on, and eventually were able to take it to the Malmo Reptile Centre, located in one of the city’s large green areas within Folkets Park.

Snake expert Joakim Bokblad, who works at the centre, said that the details on the incident were unclear, pointing out that it would be difficult for it to get out of the vehicle on its own. However, he admitted that he had difficulty comprehending how someone might have actually thrown the animal from the car window.

The latest python spotting in Malmo comes shortly after other similar incidences. Last week, a 2.5-metre-long snake twice escaped from its owners but was located each time. Police remain unsure whether the one on Wednesday was the same one. And in July, what is widely believed to be a different python was seen another of Malmo’s park, this time Pildammsparken.

Pleyn admitted that they had had a lot to do with snakes lately, and wanted to see if they could get to the bottom of it.