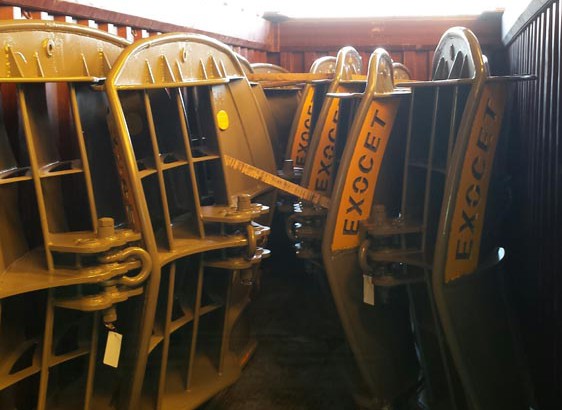 A delegation of nine Icelandic fishermen will visit Morgère in St. Malo next week (9 to 11 June) to see at first hand the new Exocet trawl door and the advantages offered by this innovative fishing gear system.

Accompanied by two personnel from Morgère’s Icelandic agent, Isfell, the nine fishermen will learn in more detail about the special design features of Exocet and also hear about other new trawl door developments that Morgère is currently pioneering.

After visiting Morgère’s manufacturing facility in St. Malo, the Icelandic delegation will then visit the IFREMER flume tank in Lorient, southern Brittany, to assess the performance of scale-model Exocet doors under a variety of simulated fishing conditions and different trawl configurations.

Michel Dagorn of Morgère said: “We have had a tremendous amount of interest in the Exocet door since we first launched it at the beginning of 2015. These doors are well suited for fishing conditions found off Iceland and we are looking forward to demonstrating to our Icelandic visitors the advantages the system delivers.”

Exocet offers excellent stability due to its special design where nearly 60% of the weight of the door is focused at the base, with the top half much lighter. These innovative design features means the angle of attack of the doors can be reduced without comprising upon spread in the trawl opening, resulting in savings in fuel consumption. Fishermen already using Exocet have praised the doors for their stability and ease in shooting.

Indeed, such has been the strong interest in Exocet, two sets of doors have already been sold to Iceland and a further six sets of doors were recently despatched to fishermen in Canada.