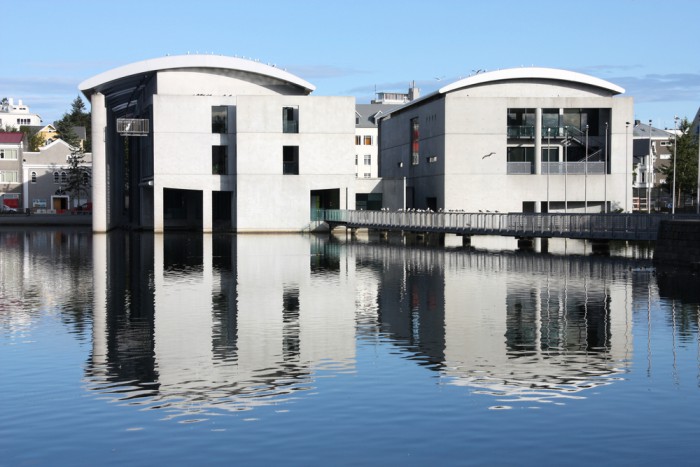 Icelanders demonstrated on mass outside parliament, forcing police to seal the area off with steel barriers to protect lawmakers trying to bring the winter session to an end before the summer break.

Police said that around 2,000 protesters were present outside Reykjavik’s government building late on Tuesday, many displaying banners demanding that the current regime stands down.

Baldvin Jonsson, 44, explained that he was protesting about an “abysmal government” that had allowed a division of wealth to develop in the country. The salesman noted that the majority of people were now on the wrong side of the average figures, while a select few were enjoying the good life.

The organisers of the protest, who planned it via Facebook, had listed 99 reasons why Iceland needed a revolution in their bid to draw people to parliament to protest their dissatisfaction with the current regime. Among the reasons for outrage were corruption, environmental issues and inequality in wages.

The rally came at a time when much of the country’s workforce are demanding pay rises – up to 50 per cent in some industries – as unions warn bosses that strikes could have a negative effect on a third of the overall workforce.

However, the International Monetary Fund has cautioned that such a jump in wages could derail the North Atlantic nation’s economic recovery nearly seven years after the onset of its devastating financial crisis.