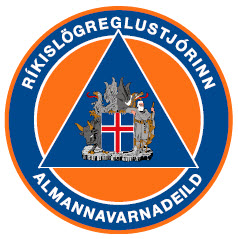 A fissure eruption has started North of Dyngjujökull (Holuhraun). Based on webcams and seismic data the eruption started at 00:02UTC (29/8/14). Scientists estimate the fissure to be at least 1 kilometre long.
No volcanic ash has been detected with the radar system at the moment. The wind field conditions in the area are wind blowing toward NW at 12 m/s at 5 km altitude. Seismic eruption tremor is low indicating effusive eruption without significant explosive activity.

Main Points:
• A small fissure eruption has started in Holuhraun lava North of Dyngjujökull glacier in Vatnajökull glacier
• The eruption site is outside of the glacier, on an ice-free area
• No volcanic ash has been detected with the radar system
• The National Commissioner of the Icelandic Police has raised the Civil Protection Phase to Emergency Phase in collaboration with the District Commissioner of Police in Husavik
• Aviation color-code set by the Icelandic MetOffice was raised to red and restrictions on airspace have taken effect over the eruption site
• Highland closures remain in effect
• All airports, international and domestic, are open.

There are no signs of flooding.

Precautionary measures:
Because of this The Police Commissioner in Húsavík and Seyðisfjörður have decided to close and evacuate the area North of Vatnajökull.
This decision is a safety measure.
The Icelandic Met Office has raised the aviation color-code to red over the eruption site.
The National Commissioner of the Icelandic Police, together with the District Commissioners in Húsavík and has decided to raise the Civil Protection phase to emergency phase, due to the eruption.

All roads leading into the area are closed as they have been since the seismic activity began in Bardarbunga on the 19th of August.
The scientists at the Met-Office and the Earth Sciences Institute at the University of Iceland continue to monitor the situation.

Response
The National Crisis Coordination Centre is coordinating the event
The Coast Guard aircraft TF-SIF will fly over the area at 09:30
The aviation warning area has thus been reduced to 5.000 foot altitude. All Icelandic airports in Iceland are open. The Icelandic Icelandic Transport Authority has issued a restricted area 10 nm around the volcano and up to 5000 ft. over the ground.

Risk of floods:
There is no sign of flooding
Information:
A media unit is placed at the National Crisis Coordination Center, providing information and dealing with media requests. The email address is info@sst.is Tel: +354-5702644/43. The website on safe travel in Iceland is updated regularly: www.safetravel.is